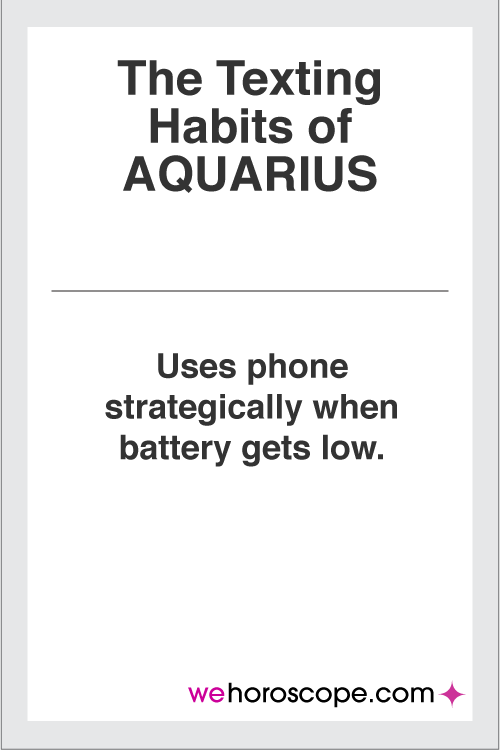 Well, there is a reason behind it, isn’t there? Because when you’re charging you’re stuck. So using it selectively means that you are free longer.  In a way.  Well, it’s strategy we said.

Here’s another things that Aquarius tend to do: fakes texts when waiting for our late friend. Yeah, we all know you’re doing it Aquarius. 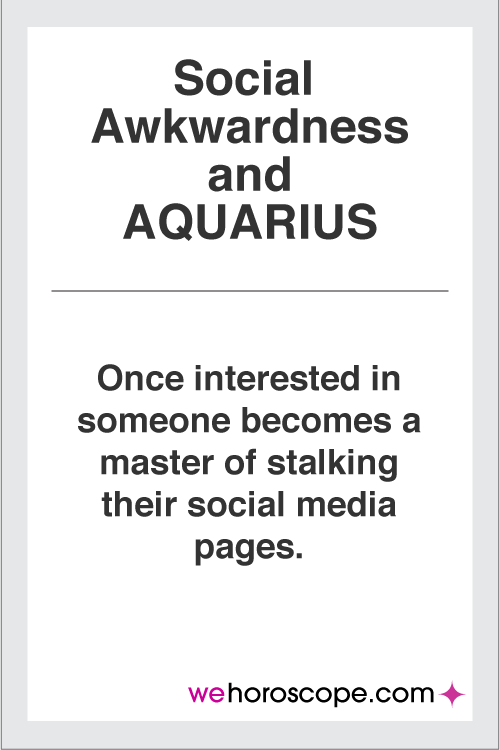 Aries: They were literally named after the God of War. U ever get one mad? It’s like HULK SMASH they have no chill and they never get tired they only stop when they get bored

Taurus: Ok they’re pretty chill and lazy eating their grass and shit, but bulls get pretty angry especially during bull-fights and when u taunt them. They will gore u and have nO SHAME

Gemini: Seemingly harmless since everything about them is fake, but they can turn EVERYONE against u even ur own mother they’re so good w people don’t mess w them

Cancer: When they get mad they retreat into their own little shell bUT THEY COME BACK A MILLION TIMES STRONGER they like get blinded by anger and lose any sense of reason

Leo: They have all the force of a great typhoon and the strength of a raging fire + they don’t do that forgive and forget bullshit they will always be looking for an opportunity to kill ur sorry ass

Virgo: Not inherently violent, but chillingly intelligent. Expect them 2 blackmail u bc they know everything about u and every trace u have left on the internet and they will let the whole world know about it #noregrets

Libra: It’s annoying. They will talk shit about u FOREVER and then ignore u, then pretend to be ur friend, then be really cold and it’s just annoying, you wish they’d kill u already but they won’t

Scorpio: Scariest assholes out there. Remember Raven from Teen Titans and how she has dark forces and basically the entire underworld on their side? That’s all u need to know

Sagittarius: They know exactly what to say to hurt u. Words don’t hurt? Really?? Get a Sagittarius mad, and they’ll bring up something u forgot about and it’ll make u cry urself to sleep for 3 days

Capricorn: They’ll get really quiet and WILL NEVER LET IT GO AND WILL mENTION it in front of other people and people will listen to them bc they’re so calm and rational

Aquarius: Either you’ll disappear or they will. Neither scenario will leave a trace.

Pisces: Easily influenced by other’s opinions, so if someone else hates you, they probably will and they’re SO GOOOD at playing the victim, you’ll basically have no friends ever again

We hunted this down on tumblr: http://ift.tt/1dAIKNf

Aries: It’s almost like they’re not even sick they’re their usual angry and energetic self except now they’re even more angry

Taurus: Won’t STOP COMPLAINING ABOUT HOW SOMEONE GOT THEM SICK

Gemini: Constantly in a state of delirium from cough syrup

Cancer: Wraps themselves in tons of blankets and always eating chicken noodle soup

Virgo: They don’t get sick their immune system is A+

Libra: Won’t shut up about how they’re sick and gets too close to people

Scorpio: They don’t get sick because viruses are afraid of them

Sagittarius: You won’t even know they’re sick until they puke or they get you sick